Cleaning the skeleton of William Burke, the famous Edinburgh ëbody-snatcherí and murderer 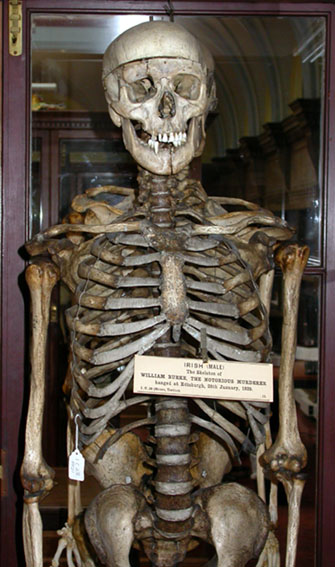 Serial murders perpetrated in Edinburgh in 1827/8 were attributed to the Irish immigrants William Burke and William Hare, who sold the corpses of their 17 victims for dissection and study. Their purchaser was Doctor Robert Knox, a private anatomy lecturer whose students were drawn from Edinburgh Medical College. Before 1832, there were insufficient cadavers legitimately available for the study and teaching of anatomy in British medical schools. The University of Edinburgh was an institution universally renowned for medical sciences. As medical science began to flourish in the early nineteenth century demand rose sharply but at the same time the only legal supply of cadaversóthe bodies of executed criminalsóhad fallen due to a sharp reduction in the execution rate in the early nineteenth century, brought about by the repeal of ëthe Bloody Codeí. Only about two or three corpses per year were available for a large number of students. This situation attracted criminal elements who were willing to obtain specimens by any means. The activities of body-snatchers gave rise to particular public fear and revulsion. It was a short step from grave-robbing to murder. William Burke is the most notorious of the murderers that were caught. With thanks to Wikipedia. See http://en.wikipedia.org/wiki/Burke_and_Hare_murders for more details.

In a way it is fitting that after he was convicted and hanged Burke's body was taken to the the University of Edinburgh to be dissected. His skeleton is now in the Universityís Museum of Anatomy. Recently it has been studied for biomolecular research but unfortunately the skeleton seems to have been partly wrapped in a blanket for protection. This left a mass of tiny white curly fibres adhering to the skeleton where they had either snagged on sharp points or had stuck to fatty deposits on the joints such as around the knees. All these fibres were removed individually with tweezers. The photos below show a few of the instances where the fibres had stuck. 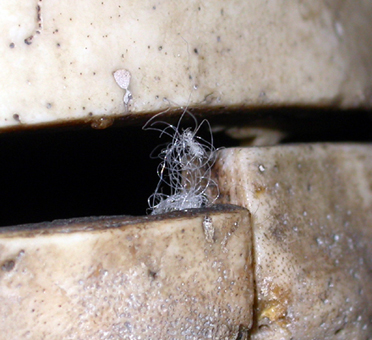 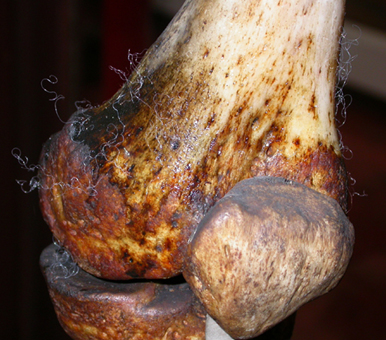 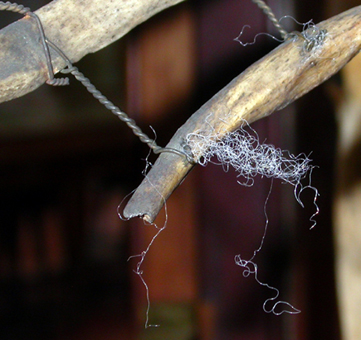 Examples of the white threads adhering to the skeleton of Burke 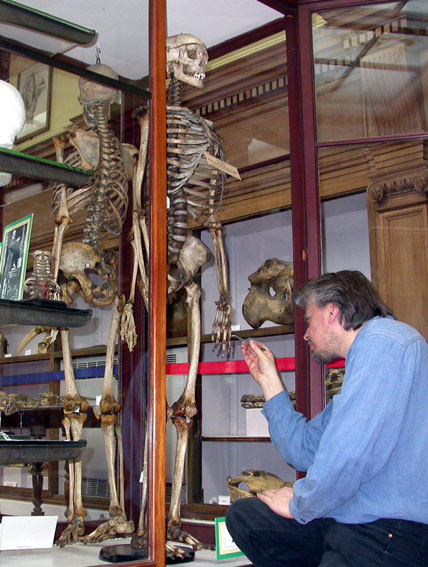