Repairing the skeleton of "Bowed Joseph" in the Museum of Anatomy, School of Biomedical Sciences, University of Edinburgh. 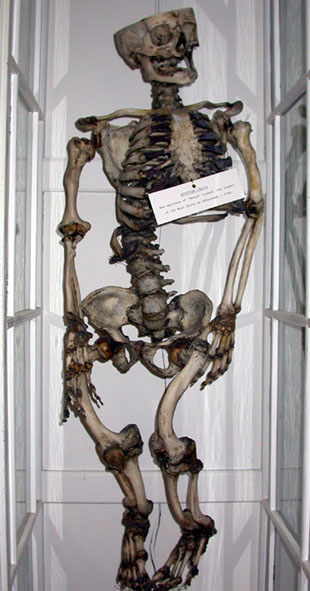 Joseph Smith was a cobbler who lived in Cowgate, in the shadow of Edinburgh Castle. Apparently ‘deformed by ricketts’, he was possessed of 'great muscular strength in the arms and an equal strength of character in the face of oppression’. This led to him becoming Edinburgh’s foremost grassroots organiser. It was said that within an hour, he could attract a crowd of 10,000 persons with his drum and would march at their head to the town council offices to take issue with anything that did not treat the poor of the town fairly. For instance he was the leader of the famous “Meal Riots” in Edinburgh in the 1770s. Despite his popularity and power, he never sought any office or financial gain. Each time the demonstration and confrontation was over and he had won his cause, Joseph would return to his cobbling and belt making.

It wasn’t just establishment figures who were the subject of Joseph's scorn. When the Guild of Shoemakers (which Joseph, as a mere shoe-repairer wasn't able to join) held their annual parade, he met them at the city gates. Wearing a tin crown and carrying a wooden ruler like a mace, he stooped before the elitist guildsmen and apologised profusely for being only a mere cobbler. The onlookers loved it.

He died in an alcohol-related accident in 1780. His skeleton (left), deformed by rickets, is now on display in the Museum of Anatomy in Edinburgh University’s School of Biomedical Sciences. Unfortunately it has experienced some wear and tear over the years and required some well-earned conservation.

The skeleton of ‘Bowlegged Joseph’
The skeleton was hung from a single piece of wire secured to a hook the ceiling of the case. This meant that when the case was opened or closed the skeleton tended to move and rotate, which was less than ideal. Therefore it was secured with thin polypropylene thread to two screws inserted into the rear of the case. This has provided some stability. If the skeleton needs to be removed from the case, the threads can be lifted off the screws as the ends are tied as small loops that are big enough to fit over the screw heads. The left patella had detached from the specimen. This had been secured in place before with white ‘Blue Tack’. The remnants of the Blue Tack were removed gently with a scalpel and the patella was secured in place with conservation adhesive. 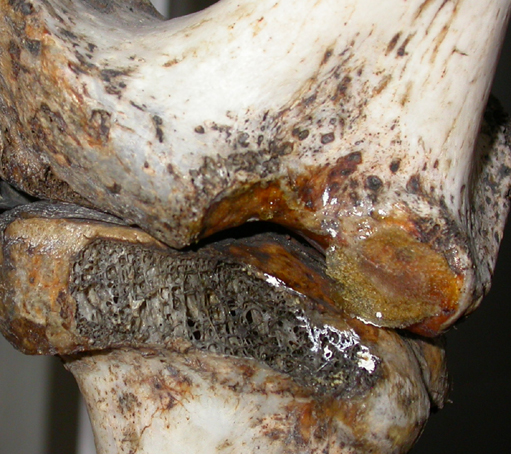 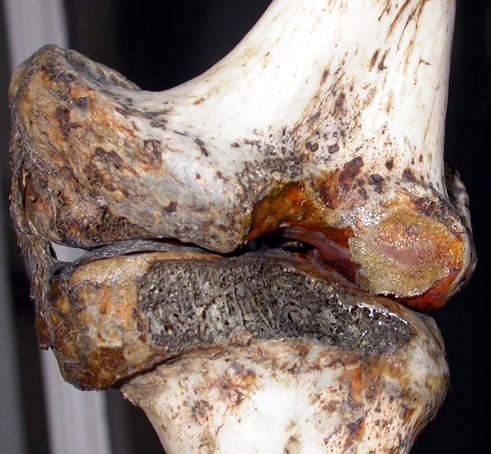 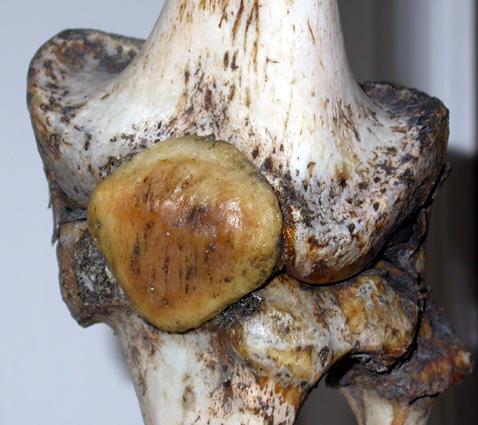 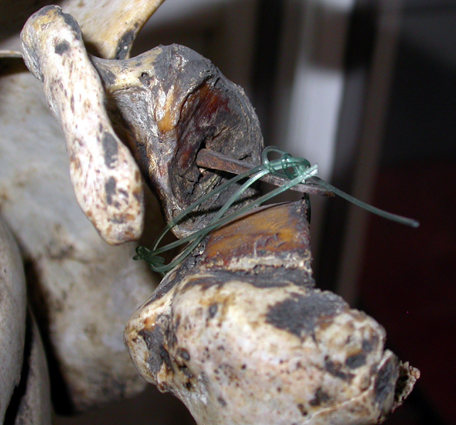 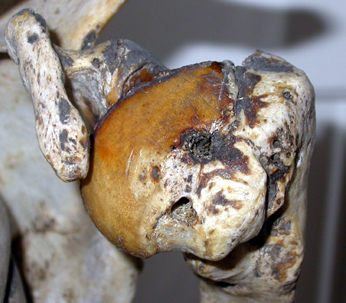 The left humerus before rewiring (left) and after (right). Note the nearly invisible clear polypropylene thread and the improved articulation.

The right foot had detached from the lower leg at some point in the past and had been tied on with a lot of cotton thread, now brittle. The foot was removed, the thread untied and the foot glued back into place with conservation adhesive after the area to be glued had been coated with a reversible conservation consolidant. Glue alone would not hold the weight of the foot at this angle, so it was also secured with one length of polypropylene thread. 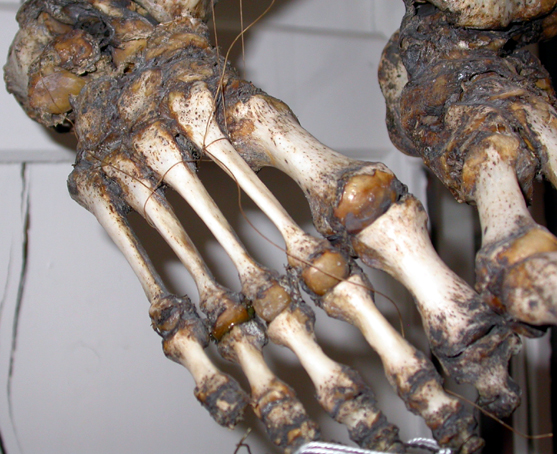 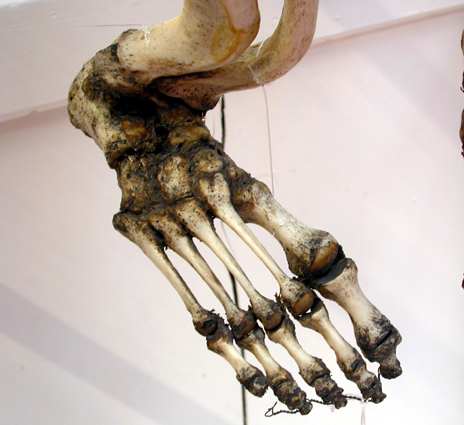 The right foot. Left: with a surplus of thread, and not quite in the right position. Right: glued back into position and retied with clear polypropylene thread.